This recording is 2 minutes long. There are approximately 8 sentences sung in this song and it is incomplete. It was sung by Peter Lacoute who was a French speaking Passamaquoddy from New Brunswick. Molly Neptune Parker, a direct ancestor of Peter was involved in translating this song. With the preservation work on these recordings, the song is easier to hear, transcribe and translate. In 2018, we were able to hear that in 1890 Peter Lacoute was singing a song about Chief Jospeh Neptune and the Revolutionary War in 1776.

1) U, tama ucuhsiyik nitapehsisol - Where have you come from my friend

2) U, natapi wici suk nitapehsisol - You paddled with your friend?

3) U, wasis ma ktahcuwi wisanaqsiw, apci wici nutehe nitapehsis  - Child you do not have to hurry up, you will be able to go out again

5) U, ma ktahcuwi wisanaqsiw, apci wici nutehe nitapehsis - You do not have to hurry up, you will be able to go out again

Letter from George Washington to the Passamaquoddy 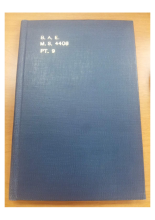 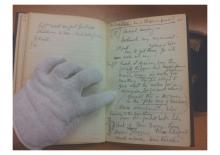 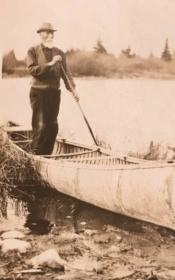 Engineer notes: Scuffing at the beginning of the cylinder is audible. Cylinder was transferred in reverse.; FCP notes: [David Francis]: 'Nitapehsis olu' which means 'my little friend.' [Announcement]: ". . . taken by J. Walter Fewkes, the 17th of March, 1890."